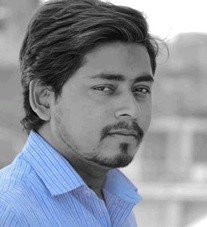 Mr. Anubhav Pandey pursued his BA from Mahatma Gandhi Kashi Vidyapeeth, Varanasi in 2007. Thereafter, he pursued his MA in New Media Communication from the Central University of Himachal Pradesh, Dharamsala in 2014.

Mr. Anubhav Pandey is a highly imaginative filmmaker and has a strong passion for creating independent films, but also has a knack for creating commercials, commercial productions, documentaries, and short films. He has knowledge of the latest camera, video, and audio equipment and editing software.