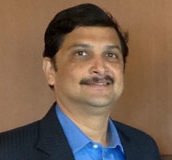 Lecture on “Ayurvedic Bioenhancers” (Part 1) By Prof. Sathyanarayana Bhat B

ABOUT US
Ayurveda Network is a compilation of different teaching resources that are useful for Ayurveda teachers. These resources have been developed by a network of experts in the field. This has been established in the Faculty of Ayurveda, Banaras Hindu University, as a component of Subject-Based Network, a scheme under "Pandit Madan Mohan Malaviya National Mission on Teachers and Teaching" of Ministry of Human Resource Development, Government of India.
Contact us: sbnayurvedabhu@gmail.com
FOLLOW US
© All Copyright 2019 - Ayurveda Network BHU