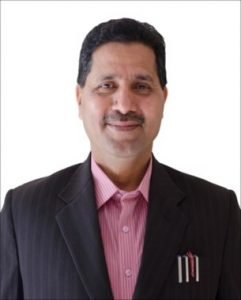 Research Contributions
His area of expertise and specialization is in Ayurveda Ophthalmology, and he has guided, and co-guided 40 MS(AYU) & 9 Ph.D research scholars during his career as Reader/Professor of Shalakya Tantra at various institutes. During his academic career as Professor at Jamnagar he completed two external funded projects; One EMR & another institutionally funded research project on Keshanjana in Dry Eye and Migraine respectively.

Academic Journey
He is a renowned academician and practitioner in the field of Ayurveda, with a distinguished career spanning over three decades in different Ayurvedic Institutes of repute like the Institute for Teaching & Research in Ayurveda (Now ITRA an INI), Jamnagar (Guj) and RG Post-Graduate Ayurveda College, Paprola (HP). Since 1st May, 2021 he is working as a Professor in the Faculty of Ayurveda, Institute of Medical Science, BHU, Varanasi.

Fundamental Research
Development of validated “Prakriti Assessment Scale” for assessing the fundamental constitution of individuals, Swasthya Assessment Scale (SAS) to assess the individual status of health and Standardized Ayurvedic Case Taking Protocol (SACTP) for diagnosis of diseases as per Ayurveda are some of the major accomplishments achieved during his leadership. The development of validated “Chaturvidha Agni Assessment Scale” which is currently under development process is yet another achievement. He has played a vital role in the integration of Information technology into Ayurveda research resulting in the setting up of National AYUSH Morbidity and Standardized Terminologies Electronic Portal (NAMASTE) for uniform centralized collection of AYUSH morbidity statistics, introduction of AYUSH Hospital Information Management System (A–HIMS), AYUR Prakriti Web Portal” for Prakriti assessment. With the intention of bringing Ayurveda traditional knowledge into the fingertips of Ayurveda community, APTA Digital Library (Ayurveda Grantha Samuccaya) Portal was set up by bringing major classical compendia of Ayurveda on a single software platform.

Ayur-Technology Propagation
His passion for integrating latest technological advances into Ayurveda paved the way for development of Prototype for automation of Ksharasutra in collaboration with Indian Institute of Technology (IIT), Delhi for which one joint patent was filed. The CCRAS was granted collaborative patent with IIT, Delhi for a system for automated Sirodhara (restorative/relaxation bathing) and copyright of a process for development and validation of Prakriti assessment Questionnaire/Scale was obtained.

Two prospective projects had been conceived and taken up in collaboration with IIT–D for automation of Basti (therapeutic enema procedure) namely; “Development of Automated Basti Yantra–A comprehensive tool for Therapeutic induction of Enema” and Preventing Atmospheric Emission and retrieval of arsenic, mercury, lead and sulphur like ingredients emitted into atmosphere during the (Putta) pharmaceutical processing of Ayurvedic formulations.

Technology Transfer to Industry
Tapping the potential of Ayurveda in new drug development, he guided CCRAS towards the commercialization of developed Ayurveda products such as Ayush 82 for Diabetes Mellitus, and Ayush SG for Arthritis and expedited the drug development process of nearly 15 formulations.

The National Raw Drug Repository
and Digital Centralized Herbarium and a well-equipped Research Pharmacy and Quality control lab was set up at Central Ayurveda Research Institute (CARI) Jhansi for wider utility by industry, academicians and researchers, due to his unrelenting effort and vision for the benefit of Ayurveda fraternity.

An Effort to mainstream Marma Chikitsa
His ardent zeal for reviving the knowledge and applicability of Marma Chikitsa in therapeutic and promotive frontiers has led to documentation and synthesis of literary information and traditional practices prevalent in different parts of India culminated in bringing out a publication entitled “Marma Chikitsa– Basic tenets in Ayurveda & Therapeutic Approaches” an authentic Ayurveda textbook on Marma chikitsa.

Research Journals Revival
His scientific rigor led to bringing out the online version of Council’s Journals- JRAS and JDRAS which also got enlisted in UGC CARE list and a total of 98 books /monographs were published.

Recruitment & Capacity Building
More than 600 group A,B,C officers/ officials were recruited in the council during his tenure as leadership. The farsightedness and the pursuit for excellence opened up vistas for tremendous growth of all research institutes under CCRAS and he became the vanguard for fostering confidence, skills, and knowledge, for technical staff through capacity building at different spectrums. During his tenure, Ph.D fellowship and Ayurveda Award Scheme and one year self–financed Panchkarma Technician Course [Affiliated to Health Sector Skill Council (HSSC) – National Skill Development Corporation (NSDC)] were introduced at 3 CCRAS Institutes.

Foreign Visits
He represented Ministry of AYUSH at many international events and programs at Milan, Sweden, Latvia, Germany, Myanmar and Japan with the mission of global propagation of Ayurveda. He has demonstrated his adroitness and competence as member in various prestigious professional bodies, expert committees and was the member secretary for Ayurvedic Pharmacopeia Committee.

President’s Award for CCRAS
Under his leadership, the Hon’ble President of India conferred the CCRAS with the Vayoshreshtha Samman for best research organization for doing research and rendering distinguished services for the cause of elderly persons as part of celebration of the International Day of Older Persons (IDOP).

On Forefront in fight against Covid-19
Under the dynamic leadership of Prof. Vaidya K.S. Dhiman the team CCRAS remained on the forefront of the multifaceted strategic approach against COVID 19 for providing preventive and therapeutic care to the masses as well, conducted 23 clinical trials on COVID 19, and provided technical support and guidance to many Ayurveda institutions undertaking research on COVID 19. His efficient tutelage and guidance was pivotal in the development of zero draft of “Regional Guideline on Research Methodology for Traditional Medicine for the WHO-South-East Asia Region” in collaboration with WHO SEAR office.

He has participated in 133 national/international conferences/seminars/workshops as keynote speaker/participant, has chaired many sessions, and has published more than 100 research papers in reputed and peer-reviewed journals. His achievements in the capacity of an academician, guide, researcher, administrator, physician and director general has been unique and exceptional and he is widely acclaimed as a role model for many in Ayurveda fraternity.