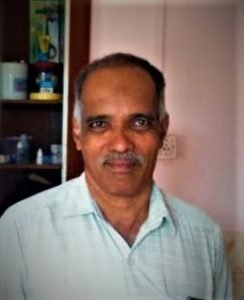 Dr. Muralidhara Sharma pursued his graduate degree in Ayurveda at SDM College of Ayurveda, Udupi and completed his postgraduate studies at Faculty of Ayurveda, Banaras Hindu University, from the Department of Shalya Tantra. He is currently engaged as Professor Emeritus at S.D.M. Ayurveda College and Hospitals, Kuthpady Udupi.

He has worked in various capacities such as Lecturer, Reader, Professor, Head of the Department, and Medical Superintendent in S.D.M. Ayurveda College, Udupi. He has guided several post-graduate scholars and has many published papers to his credit. He has served as a member in several committees of AYUSH / CCIM as an expert member. He is a popular teacher, a good surgeon, and a well-known Ayurveda practitioner.